On November 15, 2017 – Group K (along with many friends) happily rejoiced regarding Neil’s long awaited return to the US, after fourteen years of absence living outside the United States.

With Larry, Nancy and Dean greeting him at LAX after a long plane journey and a bit of jet lag; Neil joined them soon thereafter for a presentation in Long Beach, California, where people came to experience first hand – the amazing benefits of the Bio-Resonance ‘Healing Computer’ technology.

We would like to extend thanks to all who were involved in assisting Nancy, Larry and Ann, along with Neil and Dean. There were many positive outcomes for those needing healing assistance. 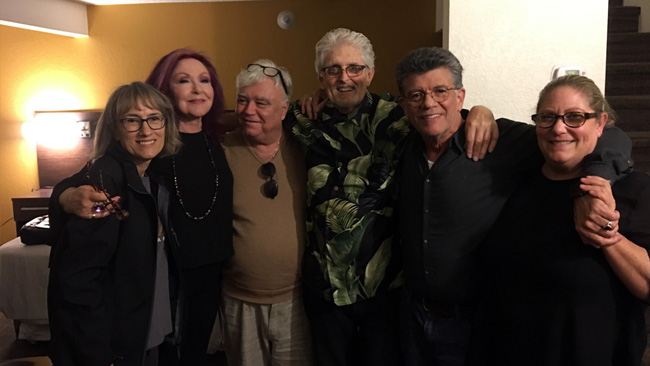 This trip initiated what will become an ongoing series of gatherings in early 2018, the details of which will be announced once the relevant plans are in place.

As Neil states, “Once enough people sign up for treatments, and there is a sufficient number of participants per meeting, I will return.”

This applies not only to the US, but also to other countries – if locals are willing to make the effort of organizing their people.

In the meantime, there is a great deal of work to be done by Neil and Group K in terms of this – and on other important fronts.

After Long Beach Neil went to Houston, Texas along with Dean and Ann to meet Dr. Edward Group and his lovely family.

As many know, Dr. Group has an exceptional line of all natural supplements that have helped people world-wide to heal and maintain optimal health and well-being. 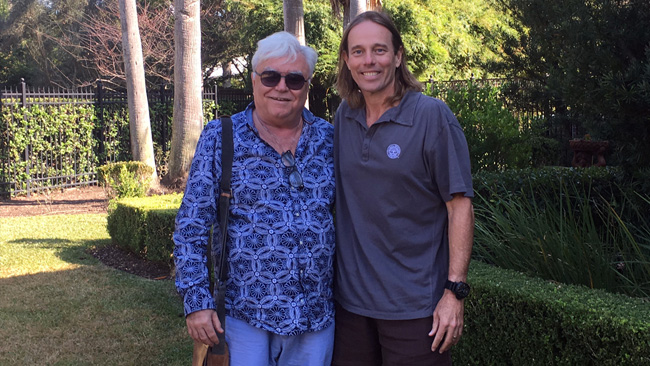 Whilst in Texas, it emerged that Dr. Group had injured his foot due to a tree limb falling on it. He was in pain and on crutches. After one session on the healing computer, the pain was mitigated and crutches were no longer needed.

From Houston, Neil and Dean flew to Boston and then drove to Rhode Island, which is Neil’s native state. Whilst there, Dean worked very efficiently with the healing computer giving treatments to a number of happy recipients, including our own teammate, (and friend of Neil) Frank.

Tragically, in the early days of Neil’s visit, we were alerted to the sudden disappearance of Thasja, who is valued as a very special friend of Neil and Group K. She was driving en route from Fort Walton Beach, Florida to meet and assist Neil and the others in Long Beach.

In her last contact with Neil from near Salt Lake City,  she suddenly became ill and was hospitalized for tests. However, she did not mention the name of the hospital, and Neil assumed that she would call once she was admitted. Sadly, no contact has been received from her since then.

Unfortunately, after many unsuccessful efforts made to contact Thasja, including calls to her close friend in Florida with respect to the details of her illness and hospitalization, any and all attempts have led us to draw the conclusion that, sketchy, “unofficial” email notices to Neil regarding her death in a CAT-Scan machine at a still unidentified hospital – are highly questionable.

Mysteriously, Neil received said suspicious emails from someone using Thasja’s own email address; not from any certified hospital representatives.

The police in Fort Walton Beach, Florida have been notified of Thasja’s disappearance, and they are doing their best to search for her and to find answers. If anyone knows anything relating to her disappearance, please contact Neil or the Fort Walton Police Department.

Most of all, please send prayers of support. Thank you, and God bless Thasja…  Our hearts break for her.

On one final note; There are now five of the latest versions of the ‘Healing Computers’ that are ready to go – and about 25 people are requesting to purchase them.

Please be advised that the first five people that have the funds to procure from this next batch of ‘Healing Computers’  will be able to proceed with training and delivery shortly.

NEIL KEENAN UPDATE |
The Healing Machine
Never Ceases To Amaze Us:
The Proof Is In The Pudding

NEIL KEENAN UPDATE |
The Importance Of
The Draining Of The Swamps