NEIL KEENAN UPDATE |
It’s All Over
But The Crying

What should one say when everything has already been said a thousand times or more? Get off the Sofa! Stop drinking beer! The RV is around the corner! (I told you it was not happening until much later).

First of all I would like to thank Steve, the Manager of the famous Indonesian restaurant called Bacco located in the Lotte Avenue Mall in Jakarta. 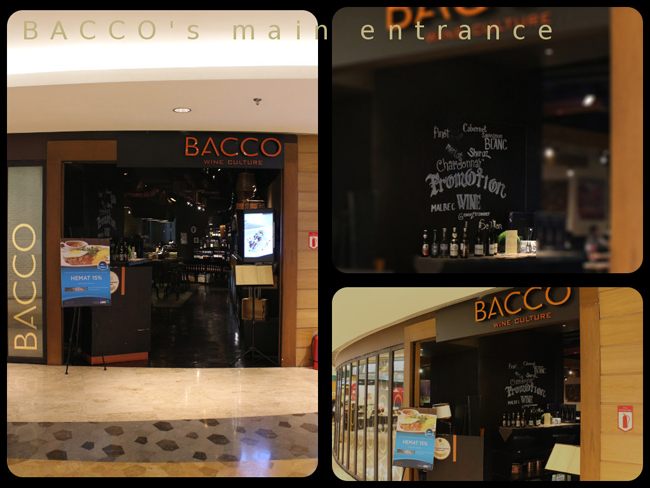 (We hope the background noise in the videos is not too bad).

The “Pope” is not a Pope he is a vicious Jesuit, or much worse – the Anti Christ? Or even better; that hormonal idiot of a President of the United States is the Anti Christ less steroids (ha ha).

It has all been said from Chemtrails to HAARP, Vaccines, Earthquakes, Tsunami’s etc…

We have people supporting a Pope (fake) that has stated that Jesus Christ and the Bible are both lies. My only question is, if that is so then why have the Jesuits been promoting the Bible and Jesus for who knows how long?  It was not just the Illuminati doing so, and here they are trying to sell us a bill of goods in which we have to pick our poison – or do we?

I feel it in my bones and I am proud to say “they” are slowly falling apart. Piece by piece, bit by bit, you can see their false façade melting. When one clearly sees such a thing – how can the bloggers state that it is inevitable there will be a New World Order in place soon?

How could that be, when we have not even begun to fight yet? What will happen when we finally decide enough is enough, take the bull by the horns and no longer allow them to poison us or hurt us any further?

I say this from my experience here. I am on the ground and I know what can be done once we open the door. Once opened it will not be possible to close that door!

Don’t think for one second that because you do not hear from me it means I have gone soft. Not at all!

What it means is that all the roads that have been blocked are no longer blocked. I have roads open now straight to the problems – and once we have arrived there, our problems become their problems.

The blocks are gone; OITC, OPPT, Swiss Indo, Red Dragons etc… All phonies or shills working for the Cabal – all taken down by the small group that is Group K.

We need to change our approach and go directly towards the source. I know they fear us just by the amount of homes and property being bought in far away places such as New Zealand. Costa Rica, once one of their hangouts is now considered too close to the States for them to be safe.

These are their ‘getaway locations’. They are planning to run and run far, far away from the United States.

Then again once this is over with there will be no place that is far away enough. We will go after them, find them and bring them to justice swiftly.

What I am trying to say is we are looking at the End Game in the very near future. And we are the winners, yet it is still possible we could lose, should many maintain their positions as sheeple. Then again there should be enough of us to get this thing over with once and for all.

I don’t want to sit here narrating what is happening. Let the bloggers do this. I want to take this directly to them and give them a real beating.

You know who they are as well as I do so let’s all together give them the beating of their sorry non-existent lives, and then move on and begin living ours for the very first time.

Imagine the feeling we will have after tossing them to the garbage cans, knowing we can do what we please without concerns about their archaic rules of law etc..

Imagine the comfort of knowing there will be no more wars, or at least wars without our participation.  So this is it or as they say “THE LAST HURRAH”.

Victors we will be – and to take a page out of the Rothschild book we all know that ‘TO THE VICTORS BELONG THE SPOILS’.

If such then let’s just bottle them all up in FEMA Camps, and mosey on with our lives.

We all have so much to do!  Let’s make our dreams come true….

As Patrick Henry said “Give me liberty or give me death”. We can pick up where he left off and achieve the IMPOSSIBLE DREAM.

Before signing off I must state that I believe our new world will be a great one, one where smiles will be once again seen on the faces of old and young alike! I cannot wait.

So keep your head up, don’t let it hang down, and stay strong throughout this coming storm. And know that this is our time, our arrival, and needless to say “out with the old and in with the new”. God Bless us all and let it begin… I am with you!

You must know it and feel it.  You can feel your blood pulsing through your body, your adrenalin keeping you on the edge of your seat. And most of all, the tears ready to flow in a victorious feeling unbeknownst to mankind.  We are all one.

From one corner of the Globe to the other and guess what ‘WE WILL BE THE NEW WORLD ORDER’ –  WE, the People… This I believe!!

God Bless us all from one nation to the next and for those in America who have lost their way, I have something special for you so get up and sing it out loud and get mad… Get real mad… And then let it all focus into determination and “Get ‘er done”.

Just remember it is not over till the fat lady sings and she has not even begun to warble so how can this be over with?  Hell we have not yet begun to fight…

Upon winning this battle we plan on holding a celebratory party right here at Bacco.

Thanks to the staff at Bacco for inviting us and putting up with us as we filmed there. 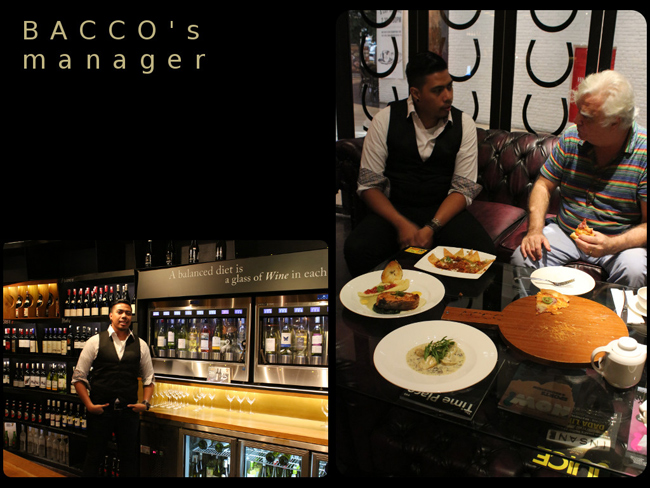 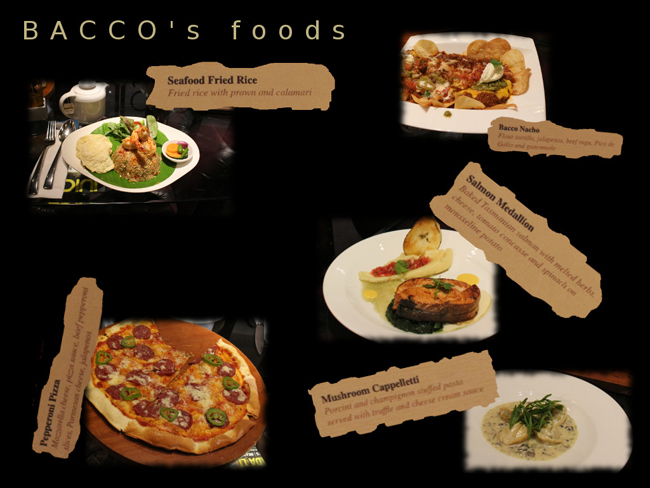 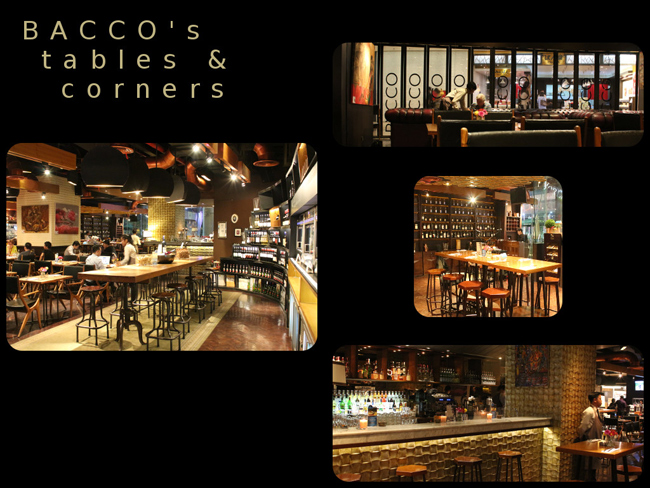 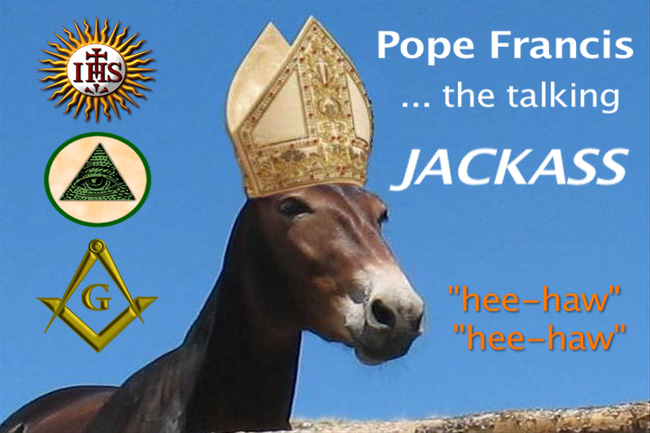 This Preface is very simple, we have a fake Pope one that is attempting very hard to be sincere and humble, and a President of a Corporation who has destroyed the land many love and consider to be the best nation on the face of the earth.

A ‘leader’ who states the military is the strongest ever when in fact he has destroyed this as well.  The ‘cabal’ plan is to eliminate the world’s population, destroy America and turn it into a slave nation (which most lands are already) and bring to the fore the oligarchs and secret societies that have already been ruling the roost.

Ban Ki Moon, the Secretary General of the UN – the little Moonie who made his way to great heights with the help of those looking to bury us.  You know who they are. There is no reason for me to keep repeating to you that which you already know.

It is time for the people in this world to stand up and fight. To let them know they are few and we are many.  It is time for the military to understand that it is their families in the sights of the cabal as well.  They are not planning to spare them.

It is time for us to take to the streets, taking back what is ours and not allowing them (Congress and Senate) to walk freely amongst us – and as for Francis, it is time to send him back to where he came from once and for all.

It is time to protect our children not give them up to such pedophiles. Do you believe for one second the 6 Billion People he wishes to kill would all die if they got together and stormed the Bastille (so to say)? Representative King says we should surround the White House – but I say surround all their houses.

They would all cower – and if the police and / or military did not come to their aid they would be defenseless and we would all come together as nations once again.  It takes people power and I am sure we will have it someday soon.

As for Asia I suggest they move quickly otherwise the accounts will be worthless seeing the people will become extinct over there.  Indonesia, Malaysia, Singapore, Thailand, Burma, Brunei, and many others must take note that the time has come today to move for there will be no tomorrow’s.

I wish everyone the best of luck in their quests, hoping that tomorrow brings us all a new beginning.

Do not dare enter the dark; they will lose.  Believe in yourselves and your gods whatever they may be.  Return the holy spirit to your souls and let it be for you will be rewarded.

As you can see we have been tricked often but the treat we will give them will surely set them running.

And as I often say and mean it:  Charge… Let the dogs out…

Neil Keenan and The Keenan Team (God Bless everyone).

P.S. No one can make things clearer than the brilliant Judge Anna von Retiz, in relation to Canon and Admiralty law history. Click here to read her summary. 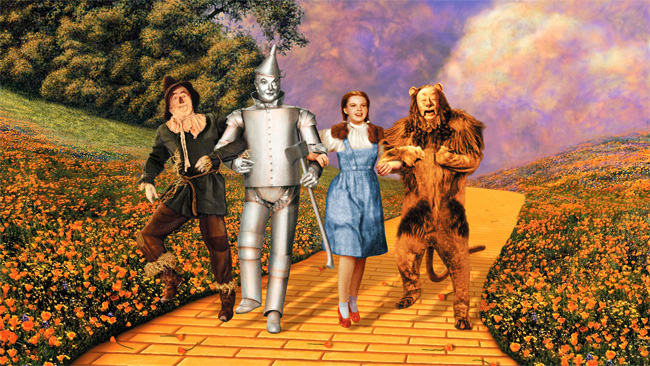 “Toto, I’ve a feeling we’re not in Kansas anymore.”