Once again, Neil Keenan brings us more news that is not reported by alternative media, much less the mainstream media.  Although you may have heard more than a few times that we are close to the end game for the cabal, he assures us that much action is solidly in motion to make this a reality.  It is the end game now.

Most revealing about John Kerry’s recent antics is the obvious desperation behind them – he would not be begging for money around the world if the cabal could rest assured in their plots against humanity.

We will not be intimidated by his threats nor will we stand by idly.  They want to show us what they can do, and now we will show them what we all can do together.  We know what they’re doing and we even know the intimate details of Kerry’s whereabouts.  Enjoy yourself, John, while you still can.

We can now celebrate the fact that multinational corporate pharma and its “sustain the sickness” primitive traditional medicine is near the end.  Some long-suppressed healing technologies are becoming widely known and available.

As it filters to the world at large, these technologies will free the diseased and unnecessarily dying that have been a type of suffering cash cow by the millions for the medical industrial complex.  Make no mistake — this is the true healthcare reform.

Shortly another article detailing the cabal’s attacks on our land, sea and air will be posted.  As always, Neil would have us armed with as much available information as possible so that we can move forward and focus on the solutions needed to turn our world right-side up and live the way we were meant to live.

A personal note from Neil Keenan: 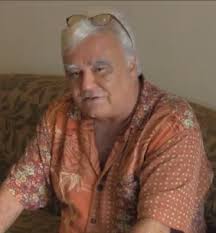 The Keenan Team continues to dig deep to bring forth the truth to the people.  They are experienced professionals in many walks of life and we are lucky to have them.  They request their anonymity with their main quest and goal to bring us the Cabal on a silver platter.  To date they are doing much more than this and we need to thank them for  their hard work by recognizing their talents as second to none.  They are explosive and aggressive and built from the same ilk as myself: they go for the jugular!  With such talent we are second to none despite just opening up the site.  I also would like to thank Jean for pushing me in this direction time and time again until finally it happened.  Still an integral part of this group, Jean is most valued.