“For more than twelve years Neil Keenan has sought the $USD 124.5 Billion Federal Reserve Notes [Over $USD 1.1 Trillion including compound interest] stolen from him by P2 Lodge Secretary and Vatican financial advisor – Daniellea Dal Bosco (he is really a woman and very feminine).

Dal Bosco is very close with World Economic Forum advisor Giancarlo Bruno, another party to the theft (who most recently married his boyfriend).

The filing of the Trillion Dollar Lawsuit is more important than the opening of Pandoras Box, given that it deals with the survival of our world as we know it. Until this time no one, and I mean no one, had the balls to go after the Cabal/Illuminati and once Neil Keenan went chasing his notes things slowly began to change.

While he charged forward throughout the West, making finds that no one would ever believe others began to push filing their notes cautiously. The reckoning had begun.

The Cabal, once realizing the cat was out of the bag, tried to speed up their own Agenda 2030 Program but once the cat is out it is almost impossible to return that feline back inside.

In the meanwhile, Neil and team went after “them” in a relentless manner. It was one exposure after another. Neil was not only looking for his assets; he was finding one criminal act after another perpetrated by the Cabal, and exposing such.

Take a look at his Archives and you will find more exposures than any one person, group or nation has made in our history. He, and eventually his team, present as wrecking crews to this very day.

It began here and will end here, giving us a new beginning.

Neil has traveled everywhere to nail down the bastards who have had their hands in this theft. After spending Millions and Millions of dollars pursuing them they finally seem to have completed a 360-degree cycle.

The notes were found in the Vatican Bank (discovered as part of an examination into the illegal activities they undertake), as a part of a greater series of thefts priming their slush fund. 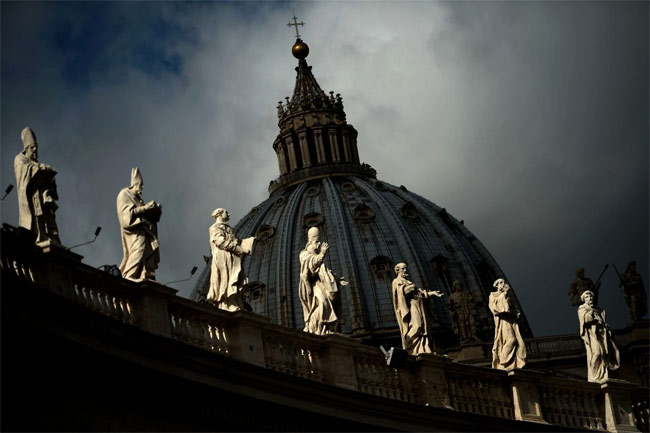 Guess what? When presented with the information of the investigation Neil could not believe it and he will pursue it with further legal action in the very near future.

The list is long, and exhaustive – and now armed with all the evidence necessary to simultaneously and ignominiously take back what was his and destroy many perceptions and legacies of world- famous leaders and agencies.

“Slush fund accounts of major US politicians identified and seized at Vatican Bank (Rome). Connection established with Daniel Dal Bosco RICO indictment, which cites Giancarlo Bruno, Silvio Berlusconi & Ban Ki Moon.  Beneficiaries of the covert Vatican accounts include Barack Obama, Michelle Obama and each of the Obama children, Michelle Obama’s mother, all the Bushes and the Clintons, including Chelsea Clinton, Joe Biden, Timothy Geithner, Janet Napolitano, several US Senators, including Mitch McConnell, several US Congressmen including John Boehner, several US Military Chiefs of Staff, the US Provost Marshal, the US Judge Advocate General, the US Supreme Court Chief Justice, John Roberts, several US Judges, the Pope, and several Cardinals.

Big money was found in each of the accounts. The longer the beneficiaries have been in office, the greater the account balances were found to be. They range from a few million USD to more than a billion USD in the case of John Roberts. The total number of slush fund accounts so far identified at the Vatican Bank is said to be between 600 and 700. This number is likely to grow as international élite corruption investigations spread worldwide.”

This list was updated in a 2020 Vatican Bank audit where 5,000 accounts were blocked and locked for various offenses including money laundering and fraud.

Neil is on his way to turning things around. He actually should be leaving to deal with things within the next couple of weeks. He is one angry man who is not only looking to make good for the planet but he is ready to take out the Khazars who have actually been placed into the most important parts of governorship by the same Khazars who have controlled the world.

He is aware that those in power are directed by what we call the Cabal, and the leadership of the Cabal controls the heads of nearly all potent organizations led by Khazars posing as Jewish or Hebrew entities.

They are not anywhere near being either of the above. They are what they are and it extends to the Freemasons. 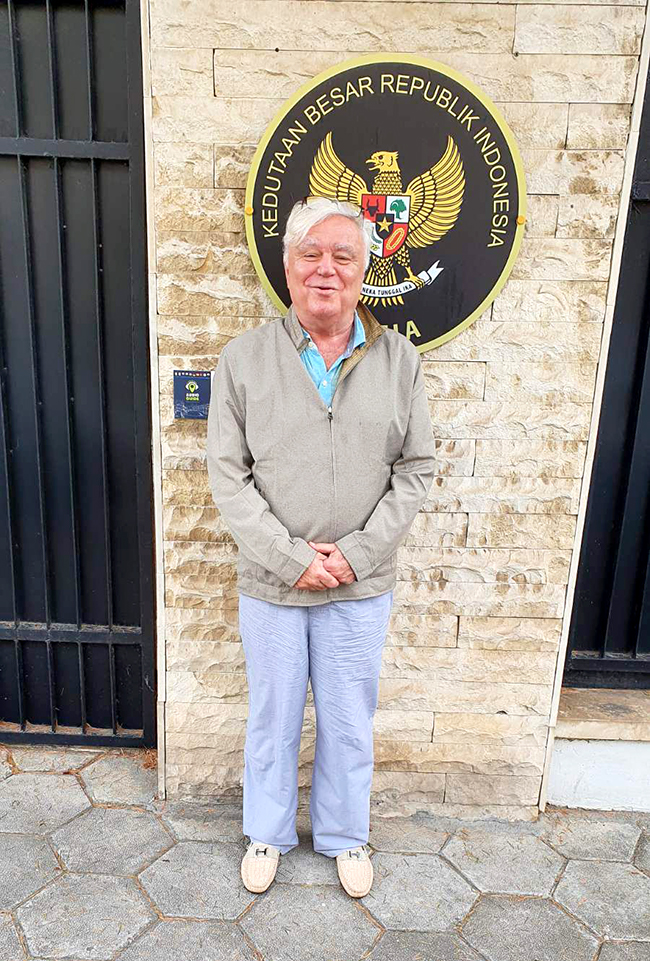 There is nowhere for them to hide and Neil has been putting his team together. What a team it is going to be from both the West and the East.

He has been visiting with Powers that be throughout the West and they are firmly behind him. The East are awaiting his return knowing that they will be fodder in the hands of the Cabal without Neil present and operating from within. 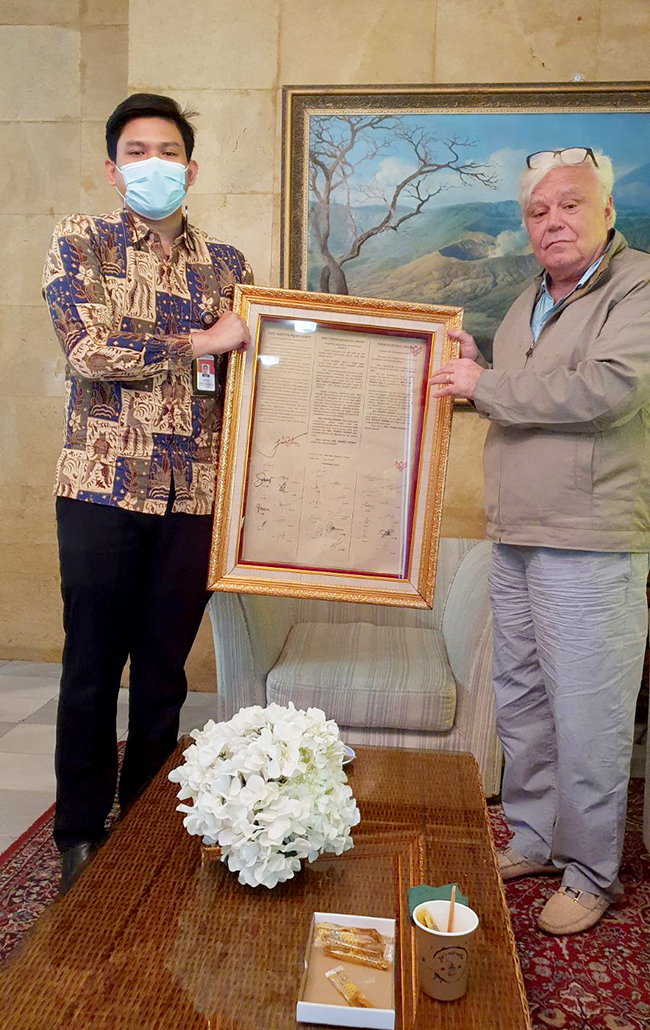 The Cabal is willing to let Jakarta and Java sink into the Indian Ocean to prove their point whereas Neil has already set things in motion that will be like pulling the plug on their dreams.

Neil is Irish and from what I understand the Druids are also standing alongside Neil as well as the Vikings and many Indonesians. 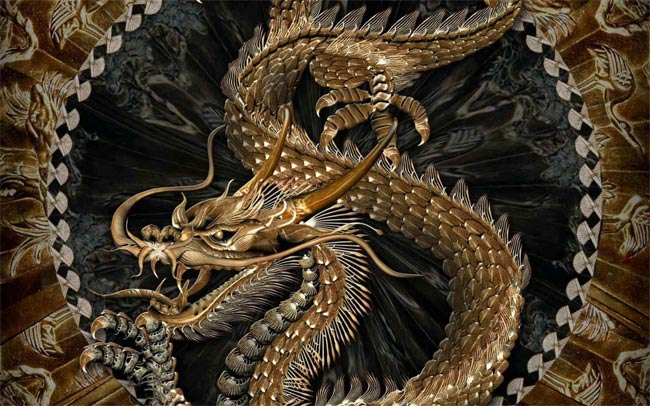 The Golden Dragons are standing strong and many others too, so be aware that many Cabal will be fed Black Magic and get a double dose of what they have done to Neil for the past 7 years.

So GET READY because HERE HE COMES. The above picture shows Neil is not playing around. The document he is showing makes it clear that everyone is aware.

NEIL KEENAN UPDATE |
This Is It…
Make No Mistake About It