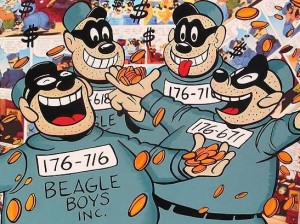 NEIL KEENAN UPDATE |
The Times They Are A-Changin’