NEIL KEENAN UPDATE |
The Neverending Story:
The Attempts To Save The Planet
Of Neil Keenan

By Thomas Kramer (who was actually with Neil during this incredible and often unbelievable time.)

People often ask me “What is Neil Keenan really like?” Having lived and worked closely with him for the last 8 years and spoken with him almost daily for years now, I can comfortably say he is full of amazing stories of his true experiences trekking through life.

If you ever have a chance to sit at his at his table you will hear vivid stories of adventures and misadventures, about his travels and the people he has met, and often spiced with human drama that comes from a love of humanity. 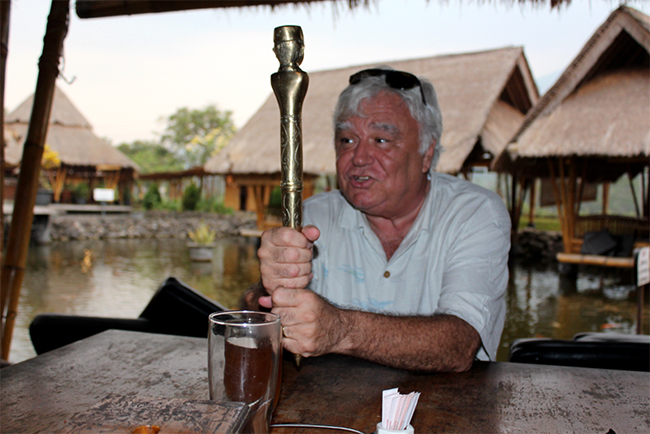 But the real man that I know is Neil, the humanitarian. The little boy with the umbrella story mentioned in Footsteps of the Amanah, where Neil was escorted across a flooded road, is just one of many acts of kindness that I have observed Neil doing to help ordinary people wherever he goes.

I’ve been writing many of these life stories down because so many are so touching and caring for humanity when no one else even stops or cares, much less lends a helping hand. Neil just does it, unselfishly and with humble sincerity.  He is like Saint Nik all year round and it happens naturally with him.

One of my favorite is his Ambassador Mall shoppying in Jakarta. Neil noticed a little girl and her family eeking out a meager living selling potted plants along the median road divider in front of the Mall.

Neil asked Jo to ask the little girl why she wasn’t in school. The honest answer came back that she didn’t have enough money for school clothes or supplies.

So Neil politely asked her parents if she could go and help him with shopping around the Mall. Hand-in-hand Neil asked if she knew where to get school uniforms which, of course, led to a full outfitting of a wide eyed little girl.

She got fully decked out with multiple uniforms, 2 pairs of shoes, a school bag full of supplies… the works. Then Neil bought her lunch, but he noticed that she was only eating a small portion of the meal, neatly pushing aside choice portions of chicken.

When asked, the little girl said that she was saving the rest for her family. “Eat up girl” Neil told her and ordered 4 large portions as take-away. There were happy tears and the biggest smiles a little girl could make at that table.

That act of kindness resulted in a lasting family friendship, schooling support and now a grownup young woman in her final university year of studying to be a nurse. That is the Neil I know.

Neil’s other side though is the serious and tough businessman who outplays Trump at 5D Chess. He is a fantastic strategist and hardball hitter. I throw him curve-balls all the time and they come zinging back at me square between my eyes. If you want a deal… do it right. Never lie to Neil… ever. Get the job done… now-now!

Feed him the truthful facts… then He decides. Circumvent and the revolving door leads straight outside and don’t let the door hit you on the way out.

I have also never met another person with as many TOP LEVEL personal contacts. I’ve been in the room when he receives calls from Presidents, Prime Ministers, Kings, Queens, Popes and even Rothschilds. They all call him. Why?

Well it seems that Neil is recognized and acknowledged at those high levels as being an “Un-touchable”, which is a spiritual thing and the real reason the Indonesian Elders unanimously elected Neil as the Amanah and the underlying reason why he made it through the “7 Initiation Rights” with such ease.  The Amanah (Trustee) must be a genuine humanitarian… and more…

This gets into the paranormal weirdness stories that few understand or comprehend as this involves many unusual high level spiritual experiences. Neil’s encounters with Jinns and the hundreds of jungle monkeys paying homage to him at his hotel are only a small part and parcel of the higher dimensional abilities that come with the Amanah position and inherent responsibility.

Neil’s initiation has physically altered his personal frequency and thus he can now see and do unusual things. So let’s just say that he has very powerful “friends” on the other side and that “gold finger” is real. And his Transfer of Power and Power scepters are real super-natural power objects not to be trifled with, and there are more coming! 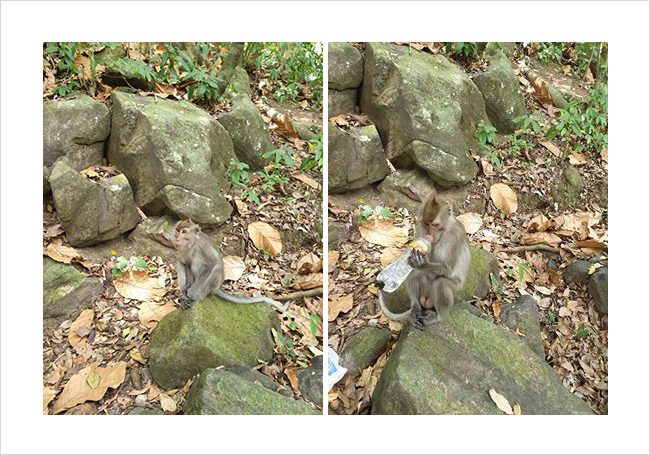 As you might have noticed Neil has been very quiet. He is getting ready for the final battle, the one that will save the Planet and all of Humanity. Due to the sensitivity of the current global situation Neil cannot openly divulge his plans, but he does have many EYES on many things. Neil has lots of assistance from above, below and right here from where we sit.

There will be no tomorrow’s for the Cabal. They are being pointed out daily and soon to be laser focused on. They think OUR planet is over-populated, but the feeling from the group is that there are too many Cabalists on this planet and they need to leave as soon as possible, even if we have to give them a mighty kick in the ass. OUR PLANET is no longer theirs and we will and are reclaiming it soon.

There will be no more man-made plagues or Haarpful Weather or Earthquake Machines, and whatever advanced technologies that they may have hidden from mankind. We will bring these technologies forth so that OUR PLANET  and all of us will evolve into what should have been so many years ago. Neil is the spearhead of this transitioning worldwide.

You must remember that they, the Cabalists, initiated their downfall all by themselves when they stole the Dragon Family notes from Neil back in 2009. They picked on the wrong man and they have been paying for it ever since.

The ground is littered with Kings and Queens, Presidents and Prime Ministers, and so many disinformation agents and hope merchants with empty promises and pockets, that Neil has relentlessly exposed for the evil and frauds that they have perpetrated on mankind and OUR Planet. There will be NO TOMORROWS for them. There will be a cleansing.

Neil has also paid a hefty price having withstood multiple assassination attempts, had his bank accounts emptied by the Cabal Banksters and Bush-Obama criminals. They have stolen nearly everything Neil owned or had in a bank, but to this day Neil has persevered and kept moving forward. Getting things to the end is his ultimate goal. This is his dream of saving not just a few, but the entire planet.

Neil now has his running shoes on but there are now several more adventurous stops along the journey back to his Indonesian abodes. There are many things happening first that need re-structuring in order to lay the foundations for Humanity’s Golden Age, so stay tuned. Transitions are happening. Most important is that Indonesia will receive its rightful place as our new world evolves.

And if you have any questions at all for Neil, please address them in the Comments and to me. I will do my best to answer them for you as Neil has instructed me to do. Neil is obviously too busy right now to engage in answering pressing questions as situations are still in flucks (sp) and in silenced mode negotiations. You understand… Thanks.

Please be prepared as there are bumps in the road ahead, but We will renew and rejoice in Our Freedom very soon now.

NEIL KEENAN UPDATE |
Neil Keenan Is The One.
Absolutely The One And Only…