NEIL KEENAN UPDATE |
The End Of The Line

Traveling with Neil is quite an adventure! It requires a rare kind of savvy as well as a tremendous flexibility and persistence in today’s world of danger and deceit, especially in dealing with the bunkers…

You have no idea how close we were to freeing the world and humanity from its chains after opening the second bunker!

You can call it greed if you want, but it is very difficult to not notice a “gang of hungry hyenas” licking their chops, all the while trying to kiss your ass and feigning to keep you happy.

Little did they know that Neil had already made some calls, visited their hotel rooms while they were gone, and finally knew exactly what was up.

It was so obvious to Neil that he telephoned them while they were at the base of the hill leading to the bunker, and he read them the riot act!

That one phone call was strong enough to make them all aware that we were on to them. Of course, starting out we were on alert for anything untoward, but some things needed to transpire before their obvious and nefarious ploys were in play.

Throughout this time Neil was often like a clam, keeping things to himself while he silently but wisely observed and analyzed all that was going on. 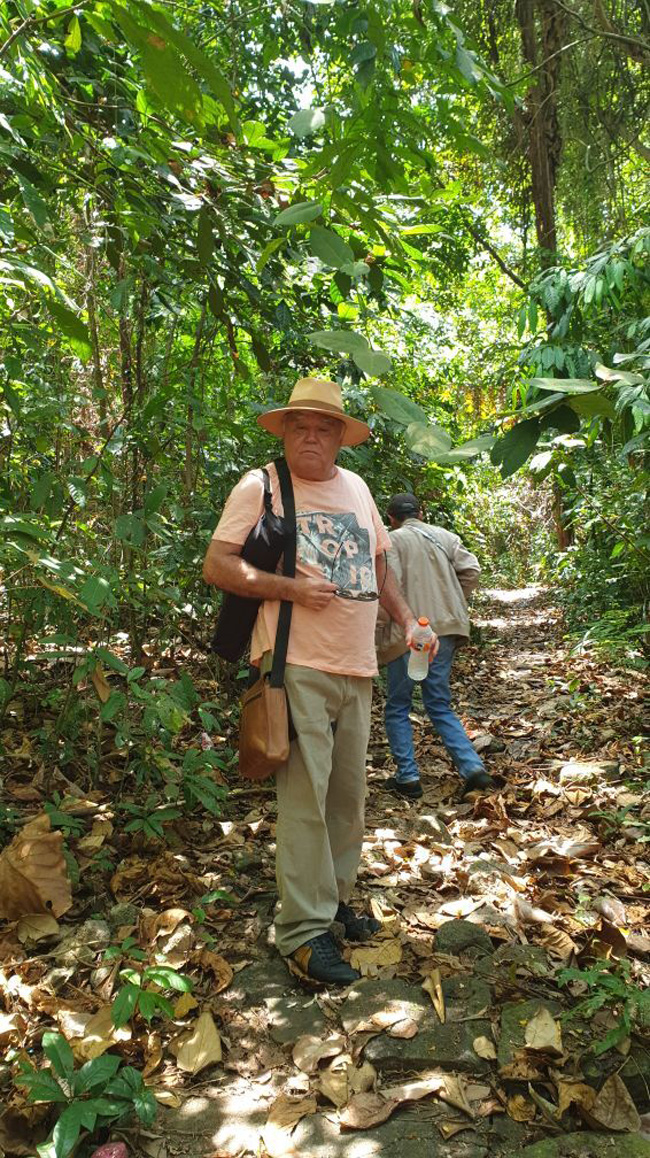 The culprits may not have known this, even now, but Neil was on to them long before this trip.

He clearly knew the possibility of who may be involved in such an ill thought out plan to steal from the Sultan and Neil (Amanah).

Consequently, we are now set back a bit temporarily, but we are still moving along nevertheless.

Neil is now bringing in a team of experts and aligning ourselves with a special branch of the Indonesian Military. As a result, things will begin rolling soon in a much better organized and safer manner.

From the beginning, Neil wanted his own well-selected team involving trusted and respected financial giants from Ireland, Peru, Panama, Mexico, Texas, Minnesota, Michigan, Palm Springs and other places throughout the world while respecting the local people involved from Indonesia.

On Sunday we headed up to the second bunker, one in which a very strong “Magic Man” shaman / elder presided over.

He was not only a treat to watch, but is one hell of a person as well.

Neil had made plans to meet his team there to check on the progress in clearing that site. While walking away from the bunker, to their surprise and delight Neil, Thomas, and Jo experienced a very localized sweet but strong aroma of the most beautiful perfume imaginable from some special ceremonial oils in the ethers.

It was obvious to Jo, Thomas, and Neil that the protective spiritual entities called Jinns wanted them to notice the smell, and they realized this was a significant and specific message for them, as there were thousands of Jinns during Neil’s first visit to the bunkers.

Jo first noticed the aromas and told Neil to take a deep breath which he did. Neil was aware that the “guardian spirits” used the oils that he had previously gifted to them. 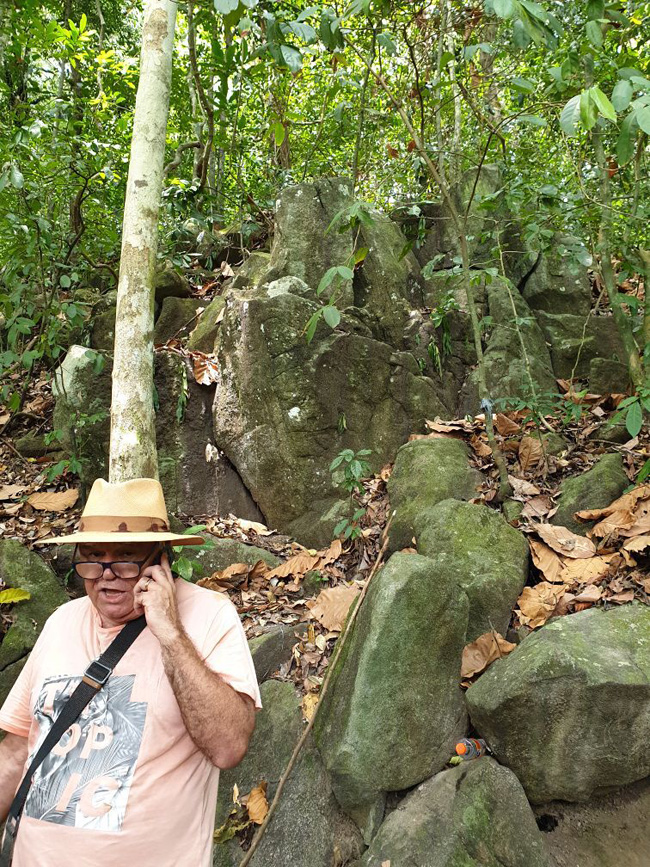 It appears that they were not only welcoming Jo and Neil back, having waited 2 months for Neil’s arrival, but they were also were saying goodbye for the time being.

They were aware of Neil and his team taking over the reins of moving forward into the bunkers.

About a half hour later after smelling the aromas Neil and Jo began returning home.

Suddenly many monkeys appeared, and Neil smiled and said, “I wondered if the Jinns would show up.”

They sure did…in the monkeys that followed them back to the hotel, jumping from tree to tree, eventually landing on a roof right beneath Neil’s room.

There had to be approximately 400 in the trees… Jo, Thomas, and Neil were surprised at their agility, a delightful sign of goodwill.

Currently, it will take a few more weeks of detailed planning and preparation while Neil regroups and reaches out to friends far and wide to assist him in putting together a team second to none.

What is most disturbing to Neil is that all those who participated in this potential theft of an entire bunker showed no respect for either the Sultan or the Amanah which in itself will bring them misfortune or karma in their world. 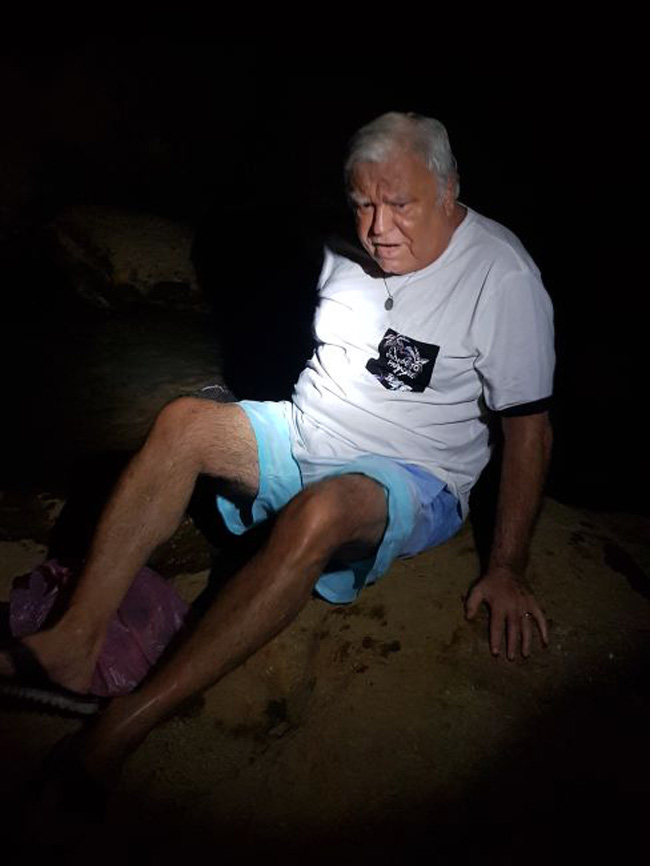 Neil stuck in the middle of a river on a rock at in the pitch black of night at 3am in the morning as part of the Amanah rituals – with no way out!

They are traitors to all concerned, especially to their home country of Indonesia. (Nelu, this includes you, too! You were the catalyst!)

Neil also feels that these “hyenas” waited years for the Sultan to turn this entire affair over. So right when it was time for the world to bloom, these mangy, dirty SOB’s ran to the plate to steal what could never belong to them.

What these traitors do not realize is neither Neil or the Sultan are fools, but rather, they fully understand who is involved, and they soon will deal with them accordingly.

As you continue sitting on the edge of your seats as the saga continues to unfold, your prayers and good wishes are most appreciated by Neil and his team in this enduring quest.

And endure… we will!

Neil wishes to thank Laura Mulligan and Kingdom of Hawaii / King Edmund K Kelli I Silva Jr, for their wise contributions in leading to the prevention of the theft of the bunkers.