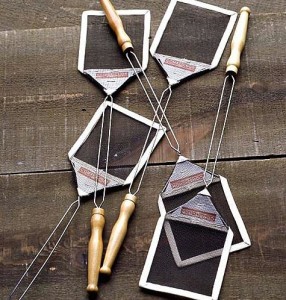 Always two steps ahead of the cabal, Neil has moved the No-Fly Accords forward in due course. Many countries have reached out to Neil expressing their support for his latest efforts and pledging their country’s participation in this all-important effort.

Sweden and Libya have already taken well publicized actions against well known Zionists breaching their airspace against their national will.

While each country must take action to accept and enforce the No-Fly Accords as it applies to their own sovereign airspace, depriving the Cabal airspace will box them in and deprive them of the room they need to further implement their genocidal Agenda 21.

While international airspace cannot easily be included without time-consuming and complex multi-national treaties, depriving the Globalists airspace on a country-by-country, and then region-by-region basis effectively terminates their ability to travel internationally.

When enough countries join, Cabalists’ flight patterns will look like pretzels to avoid a violation, interception, and detention, effectively grounding these self-appointed elites.

Orchestrating the Monaco Accords has been a tremendous success for Neil.

They have led to the unprecedented cooperation of Asian economic powers, giving rise to BRICS, the Asian IMF, and the rise of Asian international banking and trade severed from the oppressive colonial policies of the West.

Neil has full confidence that the No Fly Accords will have the same success at grounding, alienating, and quickening the decline of the Cabal.

The No Fly Zone shows the ease with which Neil turns the tables on the Cabal to the point that they have nowhere to go to achieve their sociopathic goals.

The Cabal and their Agenda 21 is snowballing into a living hell on Earth and has to be cleaned up; and we have to do the cleaning – all of us have to do our part.

This situation cannot survive much longer, so it’s best we deal with it now and not give them an opportunity to hurt another generation.

Closing the doors on their airspace is pounding the stake into the heart of this vampire. It sucks their energy out of them; it leaves them no place to run, and no place to hide.

Neil is thankful for the additions to his team and to those that continue to work diligently alongside him.

Here is a downloadable PDF of The 2014 No Fly Accords. Pursuant to Neil’s promises, he will not publish signed versions of this document, leaving that to the nations to promulgate their joining upon their own time and terms.

There are well over 800 Globalists listed in this document to date.

Have we missed anyone? Take a look and make suggestions by emailing us at contact[at]neilkeenan.com (replace the “[at]” with “@”, of course (web e-mail spam programs be damned).