NEIL KEENAN UPDATE |
Neil Keenan Is The One.
Absolutely The One And Only…

For many months I sat and wondered what Neil Keenan was up to. After a few months I decided to keep an eye on Neil however and whenever I could.

Then I found the key; Neil had found, in real terms, the answer to the Cabal and how to defeat them. In addition, he was incrementally refining his thinking and movements. 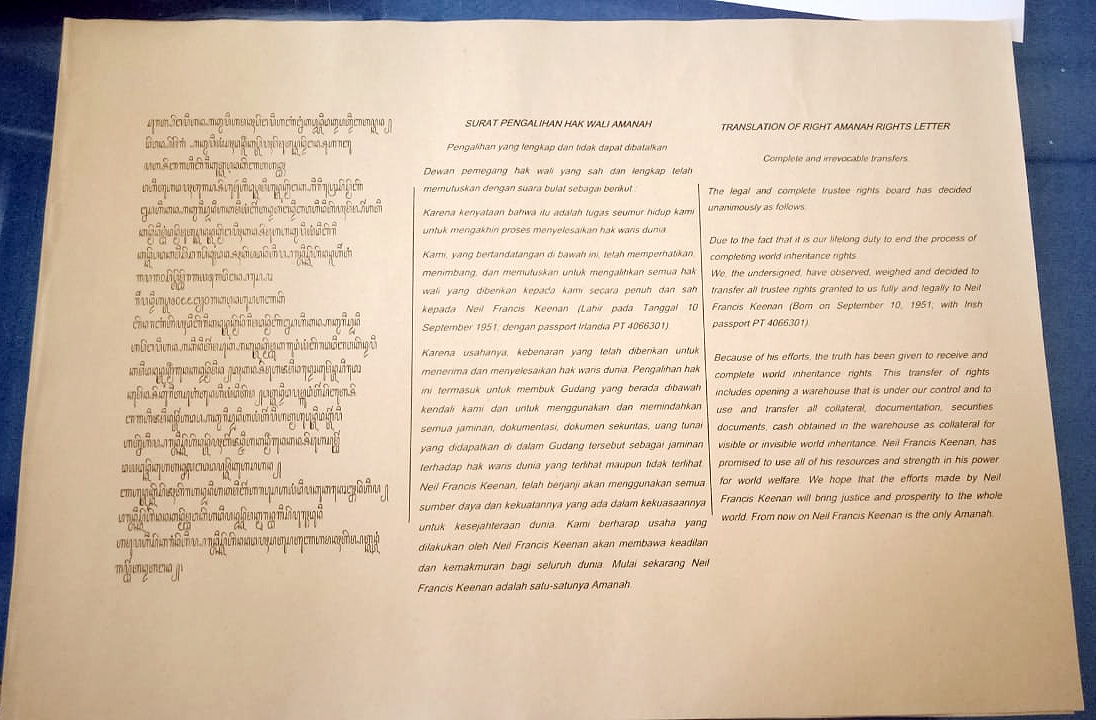 Click here to view a larger version of the document above.

Neil kept many details close to his chest as he did not want many others to realize that he had the answer and the results are what we are about ready to see within the coming short period of time.

True, most of his funds have been stolen / interfered with by Vanguard (the Bush Family security firm for their banks, or actually the right to steal or hold up your funds to skim the accruing interest). This will not be for much longer but for now they are still in the works.

Neil has it all figured out and like someone in the BIS [Bank for International Settlements] said most recently; Keenan is close to being ready to take everything created by the Cabal – down.

There is no stopping him. The only way for any of the Cabal banking system to remain intact is to make a deal with Neil and believe you me, Neil is not going to be easy to sit down with. The only one he just might recognize would be Evelyn de Rothschild.

It’s wheels-up time, and one should be clear in the understanding that everything that Neil has performed via strategic chess moves has brought us to the end game. If not then they would have literally run their machines over the planet demolishing our homes, families and whatever else was not tied down; in their pursuit of hitting their target on killing 90 percent of the population, worldwide.

DO NOT WORRY NEIL AND TEAM ARE IN THE WAY. YOU CAN LAY BACK KNOWING THAT THE BARBARIANS ARE AT THEIR GATES AND DO NOT TAKE PRISONERS.

NEIL KEENAN UPDATE |
The Neverending Story:
The Attempts To Save The Planet
Of Neil Keenan

NEIL KEENAN UPDATE |
The Times They Are A-Changin’