While the “potshots” have kept coming, the time of consequence is now here.  Many say “it’s about time!”

Neil Keenan has kept things under his belt (not literally) for a long time, allowing the laughable parasites to launch their attacks with little or no response from him.

Jean Haines and her jackals may have enjoyed the short-lived freedom to take shot after shot unabated, but they will now find themselves engulfed in a trap of their own making.

The damage that they deluded themselves into thinking they inflicted on Neil may well now result in their very own freedoms being taken from them.

The axiom has never been truer:  Give ‘em enough rope and they hang themselves.

How has Neil responded to their slanderous and libelous efforts?

Legal Complaints have been filed, with at least 8 or more individuals to be named in the Civil Action.  The authorities will now do their jobs in dealing with the evident criminal violations.

Having crossed the line again and again, Neil will let these would-be detractors deal with the results of their own actions.  They created a plan based upon lies and deceit and now it all comes down full circle on them.

It is an understatement to say that Neil has much ongoing vital work to be done on multiple levels.

So he has set in motion this legal action against the ankle-biters and now rightfully leaves the work to the authorities and lawyers.

There’s no doubt that Haines and Pollack will have entirely new priorities to deal with from here on out, as will their motley crew.

In the meantime, Neil dedicates himself to moving forward steadfastly as always, and for now, The Keenan Team says “bye bye.”

Neil Keenan and The Keenan Team.

To whom it may concern,

For approximately the past 8 months I have been attacked by one Jean Haines, whom I believe is an illegal resident of Canada as her visa expired long ago. Ms. Haines, together with other individuals, has attempted to discredit not only me personally, but the work that has been done by our group to this date.  Ms. Haines was once my associate but our relationship has turned sour.

From the outset, Ms. Haines recorded all our Skype conversations without either my knowledge or consent.  It is my understanding that such tape recordings not only violate my privacy but all relevant statutory provisions in the United States and elsewhere, which require two party consent.

Approximately 3 weeks ago I called the RCMP in Kelowna to make them aware of the fact that Ms. Haines was slandering, defaming and outright lying about me on a certain Paper/Video blog, called the Critical Post (Chicago) which is published from Chicago via the internet.  The Chicago Critical Post would also selectively cut and paste audio recordings in certain spots in order that anyone listening would only hear certain parts of any particular conversation between Haines and me, but not all of it.  The Editor of the CRITICAL POST, Scott Pollack would often interrupt and go off on a defamatory tirade against me.  Pollack has described me as a thief, liar, cheat and much more without any substantiation.

Ms. Haines subsequently began releasing statements on her blog that David Wilcock, Benjamin Fulford, Drake Bailey, Michael Dunn and I stole her funds in amounts in excess of THREE HUNDRED THOUSAND USD but this is entirely false.  She also claimed that I betrayed her which is also outright defamation!  Despite numerous requests to produce any documents, receipts, or any other materials including any contractual arrangements that would substantiate her claims, she allowed that she was in possession of such material but refused to reveal it. The truth is that there is no documentation to support her libelous statements.  When Jean Haines could not get anyone to listen to her she decided to enlist Scott Pollack from the Chicago Critical Post who then continued to defame me not only by publishing false written statements but also to slander me in his video/audio presentations to his audience.

Pollack has released post after post claiming that Haines has sent him 4 discs of recordings of the two of us talking.  As stated, from the very beginning Jean Haines has illegally recorded our conversations without my consent and now she has released them for posting.  Mr. Pollack has stated that since I am a public figure I cannot complain about my privacy being violated.  However, Mr. Pollack does not state or admit to the audience that he is sharing illegally recorded Skype conversations between me and Jean Haines.

On the other hand he ridicules the Chicago Attorney Generals’ Office  (see below) when he allegedly makes contact with the States Attorneys’ Offices and recorded such conversations, again, without two party consent, in order that the public would hear what was said.  He was bold enough to state that he did not care what anyone thought and was going to release the tapes..

It is clear that the AG’s office had no knowledge they were being recorded – and that such conversations were released on his public video post. This was in violation of the Illinois privacy laws.

Special Notice to both Canadian and State Attorney Generals’ Offices: I furthermore request that all recordings, discs and or videos under either Mr. Pollack’s or Ms. Haines’ control all be turned over to me. They have illegally used them for their purported gains that is to establish a platform for themselves when in fact they have committed crimes utilizing unauthorized and illegal recordings in violation of the law.

All correspondence return to:

This is in violation of Illinois state law.

I request that the illegal activities of Ms. Haines and Mr. Pollack cease and desist and I respectfully request that your Offices take any and all steps necessary to shut down this operation. I will also be considering my Civil Legal remedies in the appropriate forum seeking the damages to which I am entitles which are significant.

Thank You Very Much

Mr. Keenan had also previously made contact with the Attorney General’s offices in Illinois.

To verify these letters have been delivered you can check the tracking numbers at Canada Post here.

Set-up omissions by Mr. Scott Pollack, who is head editor for the Critical Post/ and radio host for the Goldwater Report in Chicago.

3:00 – 4:40 – Mr. Pollack says he now has in his possession – from Miss Jean Haines, every email between Miss Jean Haines and Mr. Keenan, also every Skype text message and every recorded Skype conversation between Jean Haines and Neil Keenan – which are hundreds of hours of Skype conversation recordings that she recorded and gave to Mr. Pollack that he is now listing too, and which he will be bring forward in further video posts in his investigation against Mr. Neil Keenan.

7:24 – 8:36 – Pre-set up of 1st recording that Mr. Pollack will share,  which he says he also has all the accounting, every receipt and dates of the $300,000 [SP] that Jean Haines loaned to Neil Keenan – and why would anyone loan money to some one without thinking they will be getting anything back in return.

9:20 – 10:44 – Actual recording of conversation between Neil Keenan and Jean Haines.

32:45 – 33:00 –  Start set-up to the phone recording between Mr. Pollack and the Illinois state attorney general office.

She says the AG does not handle people/ individual complains from the public – that the AG office only handles matters for State Representatives or agencies of the State of Illinois.

Mr. Pollack figuring that he has got his answer. he then thanks the AG Rep for taking his call (not stating to the AG Rep that their conversation were recorded and that also played on air to the public on his radio/youtube broadcast post).

Mr. Pollack goes forward stating that Neil being a public figure how can he complain about his privacy is being violated. (But in fact Mr. Pollack doesn’t  state or say to the audience that he is sharing illegally recorded skype conversations between Jean Haines and Neil Keenan – that Neil never agreed to or knew his conversations were being recorded by Jean Haines. 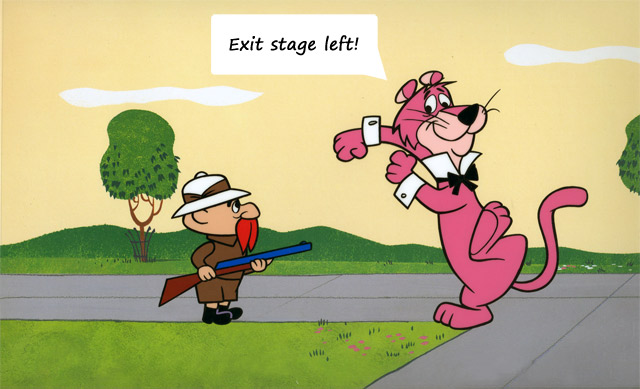 NEIL KEENAN UPDATE |
Bite The Snakes
Before They Bite You

NEIL KEENAN UPDATE |
Moving On Up