Everything else is fiat or fake. And as soon as governments allow banks or treasuries to print paper backed by your labor or natural resources they go crazy, printing more and more till the value of labor and natural resources reach higher and higher levels called “inflation” and the value of the paper diminishes to the point that it collapses and has to be revalued (RV’s and GCR’s).

This “inflation” is promoted by the financial institutions as a necessary evil that provides financial fuel to make economies “grow” by supplying extra “liquidity”.

The truth of the matter is that if you divide any economic growth rate (real or projected) into the number “70” (a logarithmic scaling) you will find out just how many years it will take for everything to DOUBLE in price.

That is not real growth. 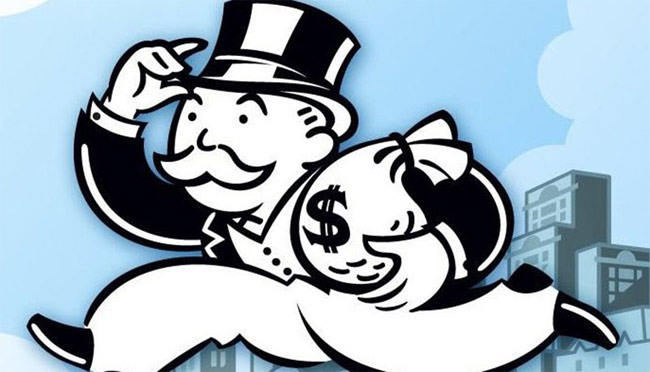 It is also not real growth if central banks bail out the big banks as this just adds more money to both of these banksters who then use this play money to gamble on commodity and stock markets or make hedge bets using derivatives.

Very little of this bailout money actually ever gets to the real economy and labor and natural resources suffer in real value due to increased inflation.

Michael Tellinger has been fighting the South African banking system for years. Clearly banking under corporate law is a fraudulent activity.

What Mr. Tellinger discovered was that the entire banking system operates on paper, more specifically on promissory notes (I.O.U’s).  So in order to pay off his legal debts he issued his OWN Promissory Notes under HIS TERMS AND CONDITIONS.

Specifically he stated in HIS NOTE that he promised to pay a sum of money to whoever presented his note to him at a specific time, place and date and submitted this to his debtors.

NO ONE SHOWED UP TO COLLECT so the note lapsed… and he didn’t have to pay anymore.

Bank loans work in much the same way but the fraud comes in when the bank draws up YOUR LOAN AGREEMENT (promissory note/IOU) under their terms and conditions (not YOURS) and as soon as you sign this NOTE the bank cashes it with other financial institutions- and then gives you money that they didn’t have to begin with and makes you pay back the IOU with interest.

Now when this is done on a larger scale it is noted that the interest rate on YOUR IOU is higher than the inflationary rate that the central banks artificially create by printing more money.

This means that it will eventually be impossible for any economy to pay off the interest to the banksters because there never is enough to cover the loan and interest.  So economies collapse and revalue and re-set.

Such an economic model creates perpetual DEBT SLAVERY which the banksters and their controlled governments with their military and police enforce under admiralty law.

Now let’s jump to the top of the financial pyramid to see how things work.

Firsts a bit about pyramids.  Notice how the “All Seeing Eye” is detached from the top of the pyramid on the back of a US $1 note. 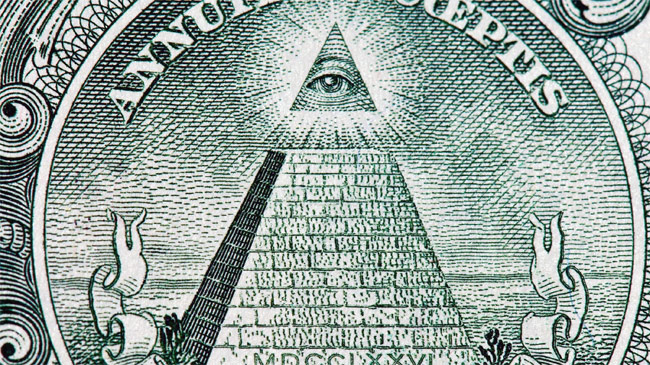 Pyramids are actually frequency generators and the peak cap stone of a pyramid is where one can connect to ones “Third Eye” or pineal gland in order to receive enlightenment.

Cutting the top off of a pyramid breaks this frequency connection which is what the ‘elite’ wish to do, thus preventing the mass of humanity from accessing enlightened knowledge.

So if you want to be pyramid enlightened simply find one or make one with the point still attached and focus your attention there.  There is one in Alaska called the black pyramid which is very powerful and still intact. 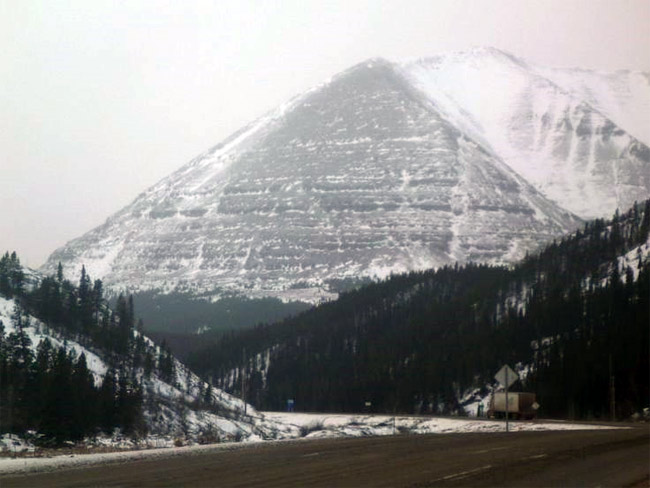 The ‘elite’ at the top of the financial pyramid also wish to keep you in the dark and hide their names under the covers of trusts and secret societies not so much a matter of keeping people from knocking on their doors asking for donations, but more because of how the elite obtained their wealth in the first place – and how they continue to illegally screw mankind out of the value of their labor and natural resources.

At the top of the financial pyramid are the ancient sovereign families, the Vatican and their banksters of the west and the elders of the Dragon Families of the east. 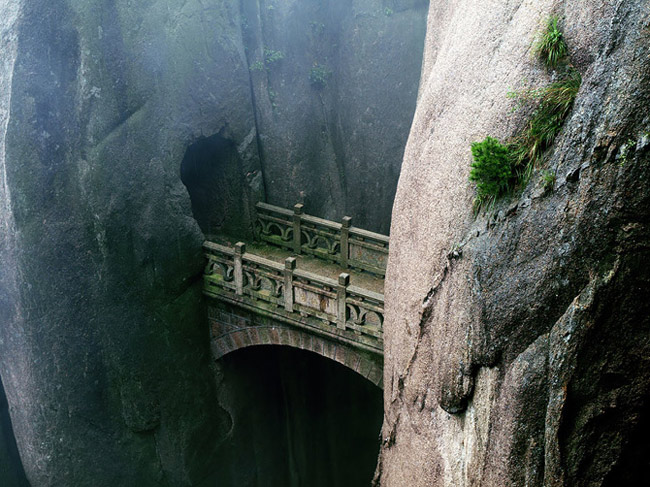 These are the persons who say that they own the wealth of the world as they own the gold, the banks and the incorporated governments plus all the major multi-national corporations which are the underlying collateral of the world.

These ‘elites’ through their trusts and trustee representatives, such as the Committee of 300, Bilderbergers, etc., and anyone officially elected as M1, hold the keys as to who really owns what and who doesn’t.

But the waters get murky at this level as there is “no honor among thieves” as those at the top got there through conquest (theft), fraud, corruption and cheating of all kinds, so they engage in screwing each other whenever possible, or coming together to screw the rest of mankind in order to dominate their SLAVES (WORTHLESS EATERS).

The ‘elite’ have now reached a point where they are trying to squeeze blood from a stone and they will face a slave rebellion if they proceed much further.

Thus in order to preserve their slave control and their own lives they need to make some concessions that make the slaves think that they are getting something (but nothing) by revaluing global currencies and tossing some shillings to the masses to placate them.

Here; let’s do NESARA so we can kick the can further down the road.

Who benefits from a debt jubilee or a wealth distribution?

The sovereigns and elders are also jumping for joy because all that money goes back into their banks and surges their industries and profits from more consumption of natural resources and their slave labor.

Of course if you write off debt and give every man, women and child a million dollars you will see that a Ferrari will cost a lot more as inflation will skyrocket.  So will everything else.

But will it hurt the ‘elite’?  Not really. 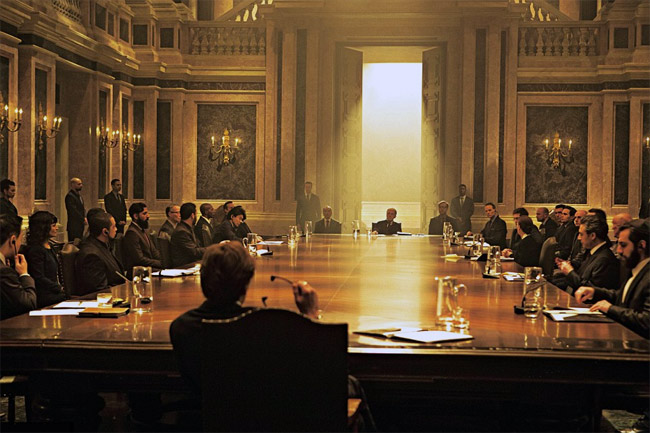 Their ancient trusts have asset values in $’s with 50-60 zeros behind them.  And 7 billion people times $1.0 billion is a drop in the bucket for even one of these trusts, particularly since all the money will be deposited back in their banking system.

Here, have some more free money… it will be useless shortly… and the happy slaves will be coming back to the trough soon enough AGAIN.

And now since we are going to revalue and reset global currencies, let’s jack the price of gold and silver!  Hey, it’s only a product of “inflation” plus a bit extra so that the ‘elite’s’ metals stockpiles now will have a much higher value that more than offsets the revaluations and resets.

And they are only talking gold at $5,000 per ounce (only several hundred percent more that it is now).

That’s’ the gold game where the ‘elite’ increase global liquidity and then jack the price of gold to cover their efforts.  Not only do they get their money back but they increase the value of their wealth many times based on their gold reserves.

They also jack up other precious metals, diamonds, artworks and other high-end luxury items in the process, further increasing their wealth.

It is a game.  It makes the sheeple temporarily happy but their enslavement continues. 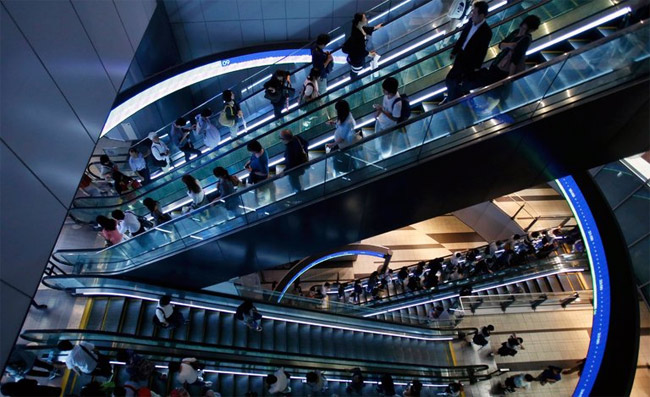 Is There a Way Out?

YES.  Firstly, expose the con job being perpetrated by revaluations and currency resets, particularly when the process is NOT TRANSPARENT and will only cause an inflationary surge that will only really benefit the ‘elite’.

Secondly, restoring the De Jure Republic of the united States of America and calling a Continental Congress is a critical move to clarify the breaking of the enslavement of American State citizens.  And no it is not all just about America. America is pivotal but the rest of the world is sick and tired of everything being about America.

This will be a lesson to the world and a foundation for the formation of Republic Nations globally.

The ‘elites’ already recognize that there is a global awakening taking place and if they are to survive they will have to put the capstones back on top of the pyramids and use their wealth for the betterment of all mankind, and not mankind’s destruction or the destruction of Mother Earth.

The Asian Elders are in full agreement to this direction and have the trusts and foundations capable of easily funding such a global transition. 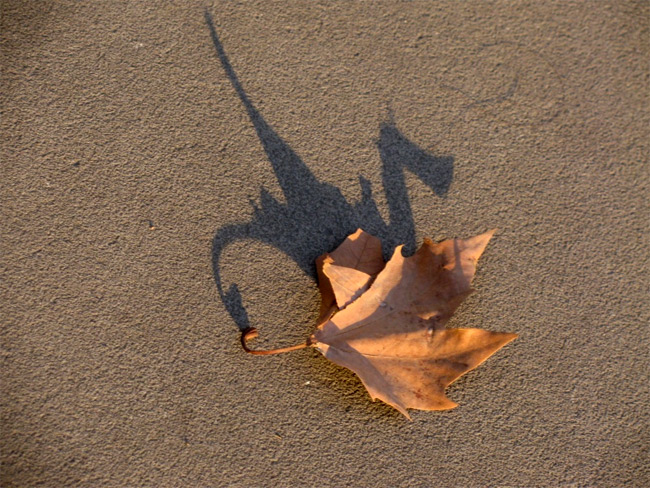 They, however, are facing a down-line problem of greed by trustees and government leaders wanting to use this wealth for themselves.  Same old problem, huh.  Crooks are crooks.

Transparency is the key to unlocking these greed blockages.

This starts with the proposed revaluations and global currency resets.  Who is responsible for setting the new rates?  What process was used or will be used?  Make it transparent so the public can make an informed decision.

The same goes for trade agreements.

How can a government approve a trade agreement that benefits only global multinational corporations and not local interests… without getting the approval of the public?

There is no place to hide, so my advice to the sovereigns and elders is simply “change” and do what is right and righteous for a change.

Enslavement is no longer an option.  If you sincerely “give” you will get much more in return… and live in peace. 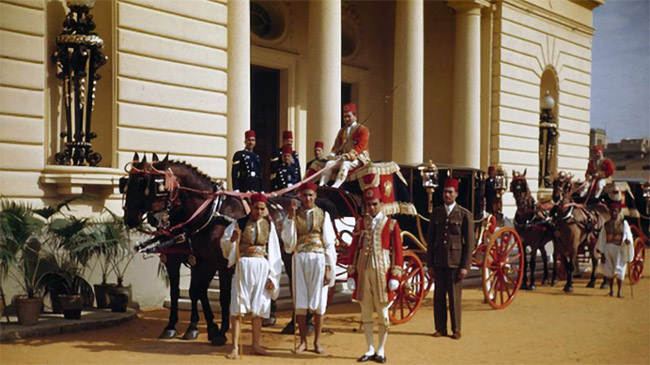